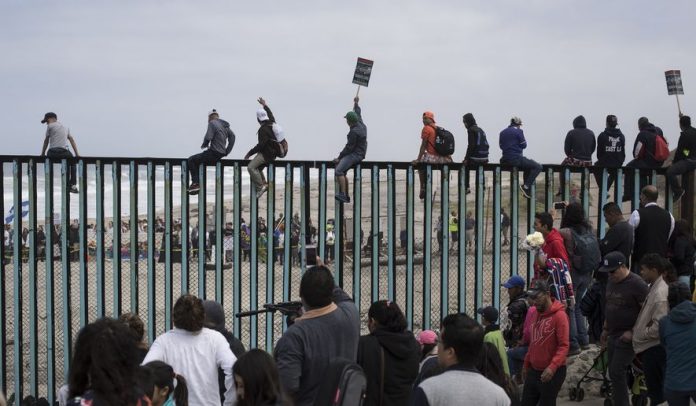 DW: The European Union is counting on one deterrence strategyto curb migration from Africa. There is close cooperation with African governments on border management and more rejected asylum seekers should be deported. Do you think that this strategy will work?

Stephen Adaawen: I think the EU approach should be reconsidered. The EU seems Aspects such as border security, prevention of migration and repatriation overemphasize. But migration is part of human nature. People leave their countries of origin for a variety of reasons – due to crises and conflicts or the economic situation. I do not see that the strong focus on migration control will succeed. If you look at different developments – population growth, the economic situation, climate change or armed conflicts – then I do not see that migration can be reduced if you do not address the reasons. It would be better to organize migration well, rather than simply limiting it. If migration is well organized, it can contribute to development.

How do the African governments see this? They get a lot of pressure from Europe, but do they really want to tackle the migration issue or are they satisfied with the current situation?

The African governments are not satisfied with it. No government wants their citizens drowning in the Mediterranean or die in the Sahara. Governments are also benefiting from the Remittances their citizens living abroad. Not only money transfers, but also social transfers, because some citizens return home with new knowledge and skills. So why should an African government be happy when a European country deported its citizens?

Also the Agenda 2063 (a program of the African Union for the development of the continent, editor’s note) aims for an integrated Africa, and population mobility is an important aspect. Especially the labor mobility is important. There should also be a common passport to improve mobility on the continent. Initiatives that restrict the free movement of people are therefore counterproductive. Rather, the focus should be on promoting safe and orderly mobility, like the new UN migration pact seeks.

How could that look practical?

What is needed are flexible migration regimes. By that I mean, for example, that it enables young people to come to Europe for study or vocational training. Or partnerships for labor mobility, for example for healthcare professionals. For nurses, Ghana has a lot of nurses, not all (in the country) Can find work. Germany already has programs that you can Ghana could expand.

As a precondition, people who would like to work in Germany could first of all take language courses. Then they could sign a commitment to learn, work and help the economy in Germany. Germany will be missing 150,000 nurses in the future. At the same time, these people could send money back home and after a few years return to Ghana with new skills and experience.

Some experts say: When people come to Germany and find good jobs here, they stay and do not go back. A dangerous “brain drain” would be the result. What do you think?

I do not think that will be the case. It would be possible to introduce binding contracts that clearly state that people can come and work in Germany for three to four years, but then have to return home to make the program truly sustainable. It should be a win-win situation. Then a “brain drain” would not be an issue either. Such a program must be well organized through binding contracts. In addition, the remittances would also help their families who stayed in their home country.

Do you think that governments in Europe are already thinking in this direction?

Germany and other countries are relying on increased controls

There is a movement in this direction. The German government has decided an immigration lawwhich should enable the integration of professionals from other countries. There was a long opinion in Germany, one is not an immigration country. But Germany recognizes that it needs to bring people here to remain a strong economic power and keep social systems stable as the population ages. It is only possible to support the economy by bringing people here who are not dependent on the social system but who support this system through work.

Like Germany, other European countries are beginning to understand this. What matters is how to communicate this message because there are people who are afraid. They believe that foreigners invade their country and take jobs away from them. That’s not the case. The media as well as scientists have to say very clearly: “These are the advantages and these are the risks of migration, but if you organize them well, then you have a win-win situation”.

Who has to do his homework now to make legal and safe migration a reality? Is this a task for development cooperation or for African governments?

It is not only the task of the governments in the home countries and not only the task of the European countries. Both sides have to work together. One aspect is development cooperation: the GIZ is already doing a lot of work in these areas. The European Union and Germany should initiate initiatives to train young Africans through their development organizations. Most African countries focus on academic education and care little or no for VET. There is a need to rethink and development cooperation could find ways to revitalize VET systems and also provide entrepreneurial skills. With support and resources, people could learn to feed themselves instead of embarking on a dangerous flight. And Germany would also benefit because the labor market needs well-educated migrants.

The Ghanaian scientist Stephen Adaawen holds a doctorate in geography from the University of Bonn. He is currently working as an independent consultant on migration and development cooperation for various research institutions and organizations in Germany and Africa.

The interview was conducted by Daniel Pelz.