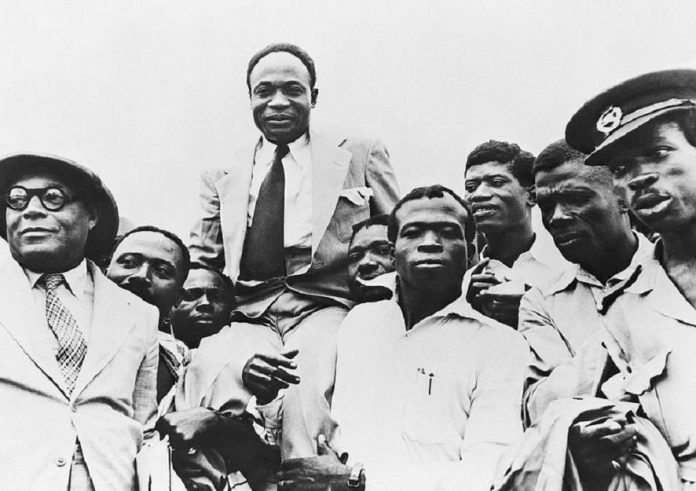 Every year, Ghanaians and their leaders converge at a location to celebrate Independence Day. We have done this for over sixty years. However, it is becoming very clear that we do not understand the true meaning of independence. Independence has been reduced to a celebration and not backed by any actions.

Even though we pride ourselves as independent, we are actually living our lives as slaves. Independence literally mean doing things on your own and relying on yourself. Self-reliance is an integral part of independence. One cannot be depending on someone for everything and still call him or herself independent.

Since 1957, what Ghana done independently? We still go to foreigners to beg for food, aid and everything. Not long ago, we gave the entire economy of Ghana to IMF to manage for us. They determined how much money you can spend, how many people you can employ and in which sector you can employ. Our entire lives were dictated by a group of foreigners sitting somewhere. Yet, we are celebrating independence.

We call ourselves independent and our Vice President goes to China to beg for money and when they have mercy on him and grant the country some coins, he will come and organize a huge press conference to recount his achievements as a beggar who has been granted aid from China. At some stage, we put our natural resources as collateral for loans from foreigners and still celebrate Independence Day.

As an independent country what do you produce? Almost everything we eat, wear and use are imported. Over 60% of the big companies employing a large number of Ghanaians are owned by foreigners. They use the huge cedis they make to buy all the dollars in the country and repatriate to their countries causing the cedi to sharply depreciate against the dollar. You will then begin to fight among yourselves as politicians using the cedi as a campaign message. As some are arresting it and putting the keys in the pocket of the IGP, others are comparing the rate of depreciation to the speed of Husain Bolt. Independent indeed.

The few Ghanaians who manage to produce in Ghana cannot survive because independent people will not patronize their products preferring foreign products. Have you seen an independent person always eating from other people’s houses?

The only thing Ghanaians are successful at producing are babies. We produce them in abundance, twins, triplets etc. No laziness in this department. Independent indeed.

In the days of slavery, the foreigners forced us to kowtow to them. Today, we beg them to come and enslave us. We have more slaves now than before. Our women are being abused in other people’s countries in search of survival whiles our men are doing all kinds of menial jobs as well.

If you want to test what I am saying, let UK, America or any European country’s government bring a huge ship or plane looking for people who will clean horse teeth, bath old men, clean people’s toilet, wash plates, provide sex to satisfy rich men and women etc to Ghana now and see how many people will rush to join that slavery. We will be ready to enslave ourselves to them.

Drive at 2am around America Embassy, UK or any other embassy of any European country, you will see Ghanaians sleeping there in a queue looking for visas to travel. Is that not slavery?

Shame on all of us. After over sixty years of so called independence, we are still independent slaves.