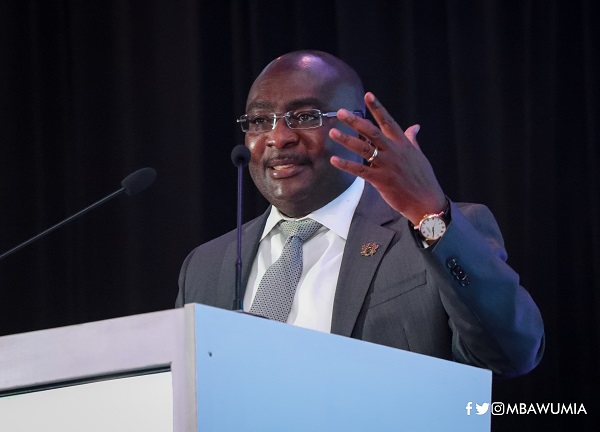 Vice President Dr Mahamudu Bawumia has rejected claims he has abandoned the economy to focus on digitalization saying digitizing will enhance the growth of economy.

He said he devised the best way to handle matters of the economy since the President placed it under his care when they won power in 2016.

“sometimes people say, well, we thought you were an economist, but you’re doing so much in IT space. Have you left economics behind? No, no, not at all. In fact, it is because of the economy that I’m focusing on digitising because without building those pillars, our economy will just not be able to stand on its own feet.

“We need to build those pillars to allow all our sectors in the economy to be able to compete and so we decided to address some of the major bottlenecks that businesses face in the Agric sector through digitalisation,” he said at the Jubilee House when participants of the Agric bootcamp visited the Presidency Monday.

He further noted his involvement in IT is to help mitigate risks for people who come to Ghana to do business.

“Coming into government and heading the Economic Management Team, the President gave me that mandate and opportunity to focus on how best we can transform and modernise Ghana to make sure that some of the challenges, some of the risks that, you know, people just want to operate in our economy are facing, how we mitigate those risks, how we make this economy an efficient economy and this is why I have focused on digitalisation”.

The Vice President is set to give a major speech on the economy on April 7,2022 following months of mockery by some members of the Minority over the poor performance of the Cedi and mounting debts.