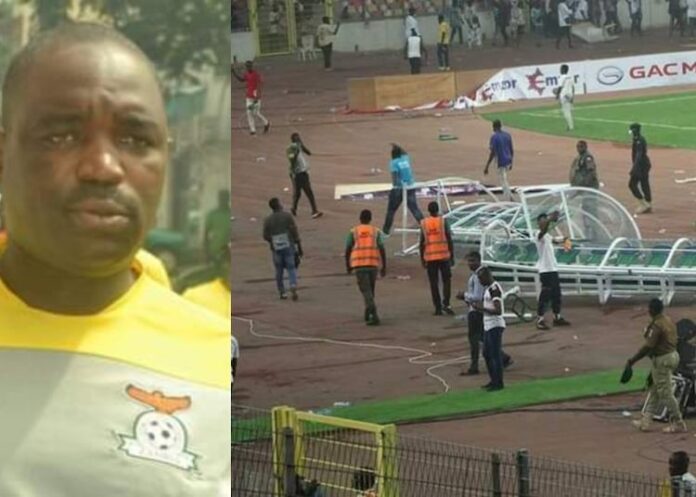 The doping officer for the game between the Black Stars of Ghana and the Super Eagles of Nigeria, Joseph Kabungo from Zambia, has been reported dead shortly after the game ended.

The cause of death is yet to be ascertained and there has been no official report from the Nigerian Football Federation.

Kabungo, a Zambian medical practitioner, was said to have died shortly after Ghana stopped Nigeria from qualifying for the 2022 World Cup on Tuesday.

There are reports that Kabungo died as a result of the stampede that occurred at the Moshood Abiola National Stadium before the commencement of the match.

However, another account blamed fans’ invasion of the pitch after the match for the doctor’s death.

British-Nigerian journalist Osasu Obayiuwana tweeted that his death was confirmed after he was rushed to the hospital.

But Ghanaian journalist, Collins Atta Poku, who watched the whole incident unfold, tweeted that Dr. Kabungo’s misfortune was occasioned by the rowdy crowd who beat and stepped on him after the game ended.