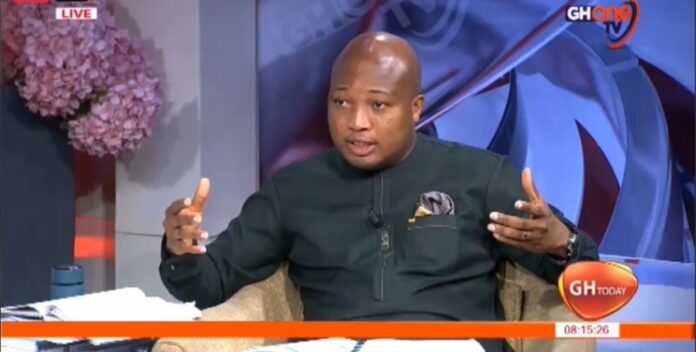 The Member of Parliament for North Tongu, Samuel Okudzetu Ablakwa, has urged President Akufo-Addo to reconsider continuing with the construction of the National Cathedral.

This comes on the back of a document intercepted by the Minority in Parliament in which an additional GHC25 million cedis was released to the National Cathedral Secretariat.

The NDC MPs questioned the basis for the release since no such allocation was made in the 2022 budget approved by parliament adding the move is a grand deception.

Speaking to Serwa Amihere on GHOne TV Monday, the North Tongu indicated that some of the Cathedrals in Europe, of which the President said he is inspired by, took at least 26years to complete.

He added that it is prudent the President held on with the project and rather invest the resources in the Ghanaian people.

“I will expect the President to hold on, hold on with the construction of the project and then spend this resources on as it were in cushioning the people,” he reiterated.

According to the North Tongu MP, the global crisis has exposed leaders who are not sympathetic or creative and sensitive to the plight of their people.

Mr. Ablakwa also called on the government to prioritize the payment of salaries of workers first before payments made to politicians.

“Unfortunately as the Speaker says, we’ve also been hit with a cash crunch in Parliament as well, our releases have not been forthcoming in terms of goods and services and salaries are delaying and we are still waiting. I will prefer that the salaries of everybody else should be paid before the politicians, particularly the venerable among us National Service Personnel, NABCO.

“I have them posted from the North, Sefwei Wiawso and other places to my constituency and Landlord are chasing them from their rental accommodation.”