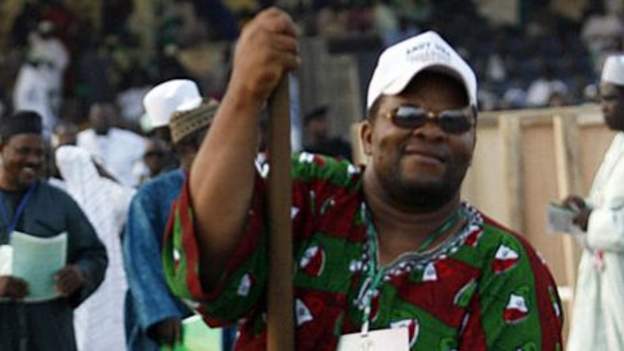 A second Nigerian politician has been beheaded by abductors in the south-east of the country, the authorities say.

Police in Anambra state say the decapitated body of a former local MP, Nelson Achukwu, was found two weeks after he had been kidnapped by gunmen for a second time.

It is not clear who abducted and subsequently killed the disabled politician.

One month ago, a serving member of the state assembly, Okechukwu Okoye, was also abducted and beheaded.

A military officer and his female partner were also decapitated recently.

There has been a series of gruesome murders in the southeast as the country prepares for elections.

Some officials have blamed the separatist group, Indigenous People of Biafra (Ipob), but it has always denied carrying out violent attacks.